The ULTIMATE guide to building a silent PC

Almost all of us would like to have a PC that does its work as quietly as possible, if not inaudibly. This tutorial provides you with everything you need to know to understand what makes a computer loud. And of course, what you can do to make your PC at least a little bit quieter.

Of course, this complex and extensive topic can't be fully covered in a few sentences. But don't worry; you don't have to go through the whole set of pages to get a good overview. I would recommend that you first skim the 'General' section to learn what the major noise sources are, and then look specifically at the subsections that deal with the sources that in your specific case are the most important ones.

Why is my PC so noisy?

To clarify this question, we first need some basic understanding of acoustics. Don't worry, I won't go too deep into this topic at this point and if I am completely honest, then my last lecture on 'acoustics' was when I was still at university and this was a good 20 years ago. And I also want to make this as simple to digest (and apply) as possible.
One thing is important in this context is the fact that the volume level of several sound sources cannot just be added together (in the sense of two sources with the same individual volume are NOT equal to the a sound source with a volume that is twice as loud). If you want to know exactly: for something to be perceived as twice as loud, the level would have to increase by 10 dB, which would correspond to an increase in power by a factor of 16. But physics and (psycho)acoustics aside; that is not what this article is about. We just want a quiet PC!

So, based on what I have just said you might now think: "Well, in that case a second sound source won't make that much of a difference." That's kind of true, of course, but if our goal is to build the quietest possible PC, then unfortunately that also means at the same time that the overall system won't get much quieter if you only get one of the noise sources quieter when you have two equally loud sources. In the end, unfortunately, you have to identify all noise sources and eliminate all of them if you want to achieve an optimal result. If this effort is too much for you, however, then by eliminating the loudest source you have the most leverage to get the overall system as quiet as then still possible.

One more thing to know and keep in mind about this topic is that the same sound pressure levels of different frequencies also perceived to be 'differently loud'. And again, I'll refrain from going into details about dB(A)-evaluation of sound pressure levels (which strictly speaking is only valid for sinus tones anyway) and shorten this to the important essence: It also depends on the frequency and 1000 Hz are at the same sound pressure level sounds to the human ear louder than a sound with 250 Hz. In addition, the pure 'loudness' is not the only criterion, but also something like the 'annoyance' plays a role and there is unfortunately no good and objective parameter to evaluate that. But what everybody knows from his own experience is that our brain is quite good at filtering out uniform sounds after a short period of time, so much so as that we sometimes no longer consciously perceive them. It's a different matter with variable sound sources though, especially if they are constantly changing in volume and/or frequency and can literally drive us crazy.

But our goal is to have a PC that is as quiet as possible, and we now know that the loudest source determines the result. And that's what we have to tackle! Fortunately you almost never need expensive measuring equipment to identify this sound source. Most of the time, our ears are sufficient to find out where the noise we want to stop is coming from. And what's even better: in order to see what effect our optimization measures will have, you can you can temporarily 'silence' almost all noise sources in the PC, at least for a short time. Fans can be stopped, hard disks — apart from a boot drive, which should hopefully already be noiseless in the form of an SSD — can also either put to sleep mode or simply disconnected from the power supply (of course you should turn the PC off before you do this!).

So much for the basics. In the following sections I will talk about all the components that you will find in your PC and that can (potentially) cause annoying noises. The remaining sections will then focus on individual components. More exactly, I will explain in each case where the annoying noise originate from and give solutions, how to reduce or eliminate those noises as much as possible. At the end, you'll find some basic considerations on the topic of silent computer cases. Finally, I'll discuss the possibility of using the distance between the PC and your ear so that the annoying noises of the former no longer reach the latter.

Where does the noise in my PC come from?

First you have to know that noise strictly requires that something vibrates and that the vibrating surface comes into contact with the ambient air, so that this movement can be transferred to the air molecules. Because, ultimately, these annoying noises are nothing else than sound waves in the audible frequency range (depending on the age of the listener between 50 Hz to 10.000 Hz or even up to 20.000 Hz). So, clearly, without oscillations there can be no annoying noises. But I think most of you already knew that and also the fact that noises disturb us mainly when they hit our ears sounds logical and makes sense. But from this follows at the same time that we can live with the most annoying noises, if they originate inside a computer case — and stay there. The thing about 'staying there' is unfortunately the problem, because where the noise stays, so unfortunately does the heat, and that can only work for a very short time, until modern gaming PC has to throttle its performance, shuts down completely or even worse: gets damaged. Nevertheless, a computer case with good sound insulation is a good way to significantly reduce the noise level. And that's why there's a section at the end on silent PC case.

The rest of this article will now give you an overview of all the components that make those annoying noise in your PC. You might find some things that you can simply ignore, because because I might talk about things that either don't make any noise in your PC or is hardware that is not even installed in your PC. But of course I don't want to go too far and have left out some exotic things. Either, because they are things that almost nobody uses or things that are almost extinct. If you still use floppy drives, ZIP drives or DAT tape drives and you are annoyed by the noise they make, you should consider getting rid of those and replace them with better — and more importantly: silent — alternatives. 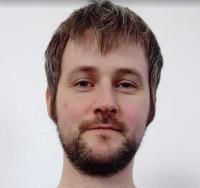 Udo is one of the two founders of Argotronic UG (haftungsbeschränkt). He is writing software since he got his hands on his first computer (a ZX Spectrum 48k back in 1988, while living in the GDR; a country that does not even exist anymore -- much like his ZX Spectrum).
In his day job he is a software engineer, creating software for autonomous vehicles at BMW. He likes to spend his free time with his wife and two daughters; which are — and will remain — his priority number one. He devotes his remaining free time to creating Argus Monitor, which is — in his (biased) view — the best fan control software available.